A Baseline emissions assessment was prepared by ZEB for Byron Shire in 2015/16 against which we can gauge our emission reduction progress over time. An update was prepared for 2017/18 and again for 2020/21[1]. The change in emissions across the key sectors over the past 5 years is shown in the following charts[2].

Overall emissions in Byron Shire have risen by 9% over the past 5 years, along with a population increase of 7%. This means that per capita emissions have increased from 8.2 to 8.4 t CO2e per head per year. The most significant changes have been an 11% increase in electricity use, although there has also been a significant uptake of rooftop solar, with installed capacity tripling from 11.5MW in 2015/16 to 34.4MW in 2019/20. It is not possible to assess how many residents and businesses opt to buy renewable energy-based electricity so the electricity emissions recorded for the overall Shire will be an over-estimate. There has also been an 18% increase in private transport emissions and a 27% increase in freight emissions and a significant increase in waste emissions. Agricultural emissions have fallen, largely due to reduced livestock numbers, as have landfill, waste water and public transport emissions.

Energy sector emission increases may be attributed to an increase in dwellings. For the transport sector, the average vehicle fuel efficiency in NSW has decreased and the associated emission increases have been proportionately applied to Byron Shire as local data is not available. The increase in emissions from the waste sector may be associated with a change in methodology for data collection, as well as the addition of green waste collection in Byron Shire over recent years.

Byron Shire would need to install the equivalent of 100MW of solar photovoltaics (PV) to reach net zero emissions. This could be achieved via increased rooftop PV, for instance if every suitable dwelling were to install an extra 3-4kW, or by the installation of several 5,10 and 20MW solar farms around the Shire. Energy efficiency and moves to lower emission options across all sectors would reduce these requirements and make the zero emissions goal easier to achieve.

[2] Note that some adjustments have been made to the original datasets to incorporate new information, while the data sources in some sectors change over time. Also, Council now offsets 100% of its electricity via a carbon neutral retailer, which means its own emissions from electricity have reduced to zero, but the amount of electricity flowing through meters and included in the overall Shire emissions remains at the State average and does not incorporate individual Greenpower purchases. 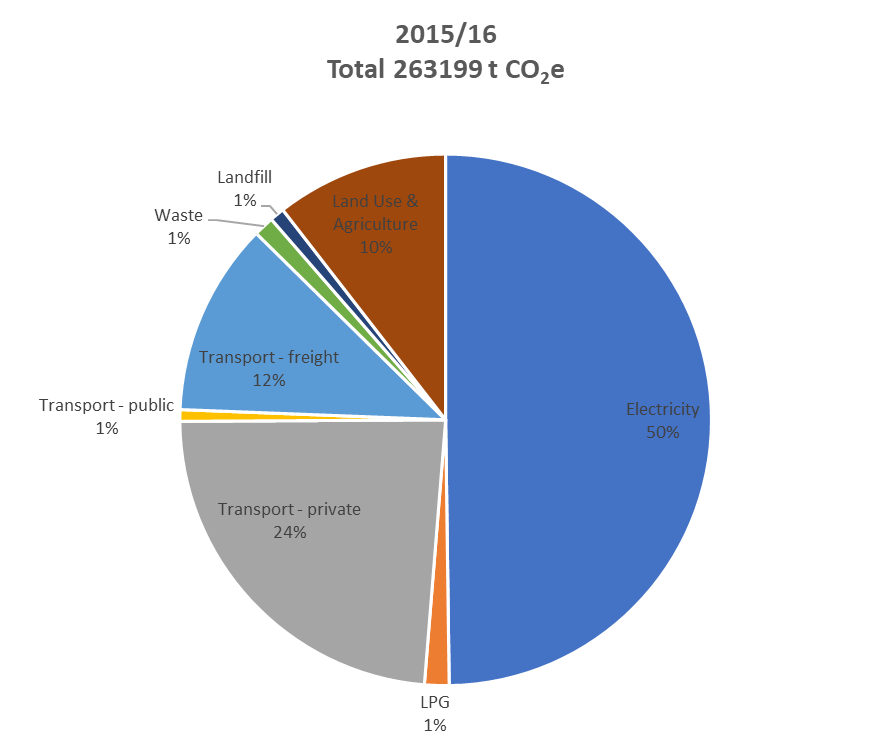 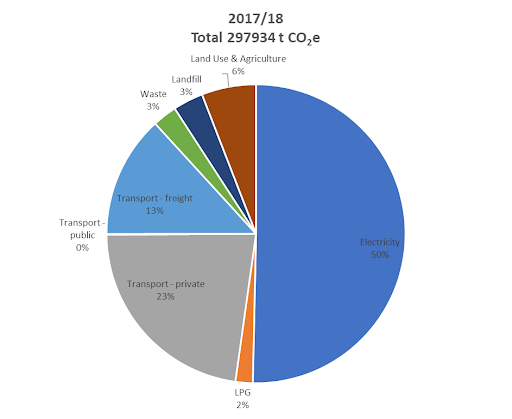 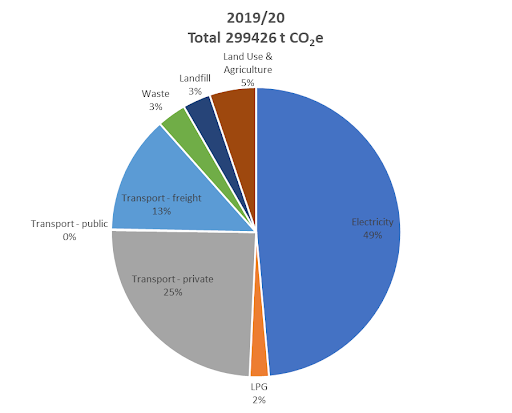 ZEB is focussing on the following strategies to reduce emissions:

Land Use and Agriculture